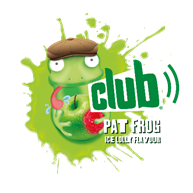 20th July 2021: With the summer well and truly underway, Club confirms that the supply of its limited edition Club Pat Frog has been replenished in stores nationwide after it completely sold out due to huge demand following its launch earlier this year.

Iconic Irish brand Club uveiled the limited edition drink back in May and it quickly became the flavour to savour thanks to its familiar flavour profile that is modelled on the ice lolly. Combining unreal apple, raspberry and lime flavours, Pat Frog is perfectly blended to offer high intensity fruity aromatics with a long and lingering taste. Club Pat Frog is thin and smooth on the palette with zingier, punchier, and tangier mouth feels for that signature impactful flavour

Like many of Gen Z in Ireland, Pat Frog has struggled to find love over lockdown. His favourite drink of all time is Club Orange and earlier he was inspired by Club’s #TheBitsMadeMeDoIt campaign and decided to put a plan together to help him experience a summer of love.

Pat hopes that his new drink and sensational flavour will attract the girl of his dreams who so far, has yet to join him at his pad.

Club Brand Manager, Ian O’Rourke said: “We’re delighted to welcome Pat Frog to the Club family and we’re excited to follow him on his journey to find true love. Club is the number one Irish soft drink in the market and is especially perfect on warm summer days.

Club Pat Frog is available now in stores nationwide for a limited time, with the 500ml bottle costing €1.50 and the 2 litre priced at €2.75.

Club Orange is Ireland's number one orange carbonate and it is known as one of the country's most successful home-grown brands. Club was originally developed in the 1930s by expert syrup maker, Oliver Grace. Unlike competitors, Grace insisted that the whole of the orange should be used, including the juice, pith and the rind. This unique idea was an instant success as people loved the delicious combination of sweet orange juice and real fruit 'bits'. The Club range has always been renowned for its superior taste and texture (the 'bits') and the range now includes a variety of flavours: Super Split, Orange, Rock Shandy, Lemon and Apple.

Issued by Sweartaker, part of Murray, on behalf of Britvic Ireland