I’d be lying if I said that this week has crept up on me – it has not.  The 6th of July, has been etched in my mind since taking on the Pepsi Brand Manager role last year – it’s been right there looming in my calendar, on meeting agendas, email headers, briefing documents… in bold, underlined and even highlighted, for that extra special signalling.

Being a headline sponsor of a home tournament is a whole other ball game (pun fully intended) than our regular UCL football campaigns. The Women’s Euro project has been a true Tour de Force throughout the business, utilising just about every department we have to offer. From Sales & Operating Planning and Logistics, managing the behemoth request for 300,000 free drinks, to Procurement and Production making sure our first ever female led thematic packs made their way on to the UK shelves. Not forgetting the incredible job our Commercial and Shopper teams have done, alongside their PepsiCo snacking counterparts, to land our promotional plans and activation with female players front and centre, nationwide.  All our Britvic teams have come together, with one shared goal – to land our first ever female led sports sponsorship campaign.

As a woman who has loved playing and watching sport all her life, this campaign has meant so much more to me than most I’ve worked on.  Growing up my football idols were exclusively male. I had posters of Alan Shearer glued into my school planner, a baggy England Shirt that wasn’t made for my shape and framed memorabilia on my wall, made up of 100% male Newcastle United squad signatures. Becoming a player was never a consideration, football wasn’t even on our PE curriculum.  I could only ever dream of watching them at St James Park, or if I’m really lucky, maybe marrying one?

Now, as a mum, I look to my three girls, and I know that, thankfully, their experience growing up will not be the same. Notoriety of female athletes and footballers is swiftly rising, with national games making it onto prime-time TV slots and even trouncing the male game’s viewing figures (In 2019, the Women’s World Cup Semi-final England vs USA had more 3x more viewers than the biggest Premier League match that year). We also know visibility works, England Netball recorded a 1000% increase in searches for local netball teams on their website, after England’s televised success at the 2019 World Cup.

Although society has progressed a lot in recent years, there is still a long way to go until we see gender parity in the sporting world. But for now, we can be proud that at Britvic, we have made huge steps in improving female athlete visibility in the best way we know how.  We’ve ensured that Leah Williamson, Nikita Parris, and Lucy Bronze are unmissable nationwide: from shopping aisles, to corner shops and even our high street pubs.

A BIG thank you to every single one of the cross functional team that has made it happen. The 6th July is now here, we can breathe a big sigh of relief and handover to the women that can really make it happen … COME ON ENGLAND! 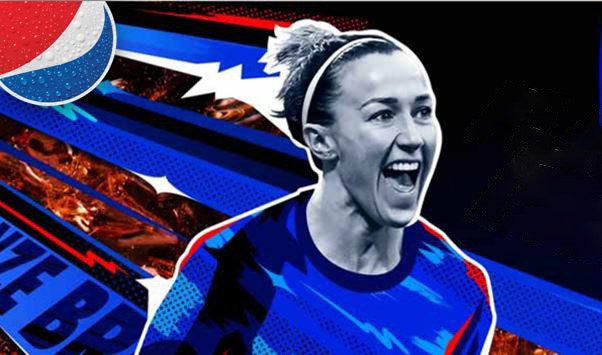